The Philippines and The Photographer

as told by Michael Anderson

I could taste the dirt in my mouth, the textured grit between my teeth. It seemed that no matter how much I tried to block its entrance, it had a way of taking up residence and making me want to expel it. However, the knowledge that that expulsion would only end up back in my face taught me to simply endure the uncomfortable experience of racing through roads that were not anything like the least maintained roads that I had ever experienced growing up in the country.

I didn’t know if the taxi driver received a higher payment by delivering his passengers in a faster amount of time, but that trip from Manila to Tuguegarao helped me to appreciate the speed laws in the Americas, and even appreciate that there is the existence of highway patrol. I closed my eyes and hoped that I would arrive in one piece when we got to Tuguegarao. Obviously we did, or I would not be here describing my visit to the Philippines so many years ago, now. 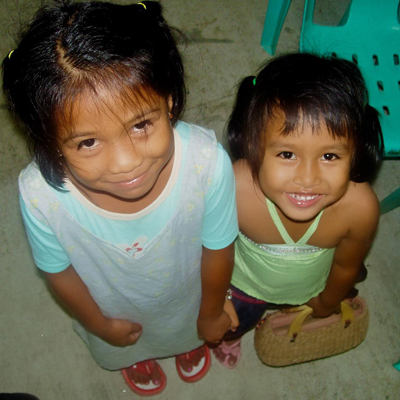 I was not prepared for what I would experience in the Philippines. Oh I had heard stories of missionaries and I had met people who had come to the Americas, but nothing like this experience, first-hand.

What I found was a group of people who were so kind and gracious and loving and accepting. Many of the young kids desired to come to “America” and become Americans, as if that would be the ultimate “step up” in their lives. They seemed to have a view that America was like Nirvana or Heaven, a land flowing with milk and honey. I sat among them. I ate with them. I confess, I watched them, and the more that I lived among them during that short time, the more that I realized that they had already discovered their own sense of “Heaven,” in a simplicity of life that extended to kindness toward one another and gracious acceptance of the differences among them and among others. I began to wonder if we had missed the boat in our beloved America. Maybe we needed to send people to the Philippines to learn how to be kind to one another, without any strings attached.

Oh, I’ve been around the block enough to realize that many times, when we visit people, be it to have coffee with the neighbor down the street, or flying half-way around the world, we have the opportunity to see the very best and may not view the day-to-day ups-and-downs, as readily. But, you know, I think, somehow, there is still a simplicity there, in the Philippines, that deserves the envy of this American. 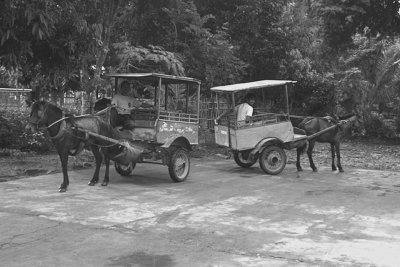 The people that I met had such acceptance and thankfulness for what they have and what they have had. Unlike our striving for the new Mercedes Benz, trading in the one that we purchased, new, two years ago, these people were thankful for the food they they ate, and more than that, they were happy!

We visited a small town, off the beaten path. I am putting it mildly, with off the beaten path.. It would have eluded even the best navigator and I may be hard-pressed to find it again! When we arrived in the village, we were introduced to the people and welcomed fully, with incomparable hospitality, into their homes. When we entered into the first hut, we saw what looked like a mound of dirt to us, not knowing that what it was, and not wanting to appear rude by asking. It wasn’t very long before our gracious host offered us a meal and reached over and scooped from the mound. It was then that we realized that that mound was, er, moving! They offered us some rice and some protein, the protein being the termites which comprised the “mound.”

Did they complain? Not once! These people showed us, by their wonderful attitudes and hospitality, just how wonderfully the human heart, mind, and spirit can survivor and not just survive but thrive in whatever environment. Again, I thought to myself that these people seemed to have it figured out… they understood happiness.

[Yes, I ate the termites offered, and I have to say, it wasn’t that bad. Of course, the guide that was with us also brought chocolate for the village and that helped the termites go down.]

How Much is In My Pocket?

While we were in the village we realized that this village would eat one cup of rice per day. This was all that the village had for their carbohydrate food supply, supplementing with the protein of the termites. Are termites protein? We offered to help them by providing them with enough rice for two cups of rice per day for each person in the village for the next year. We didn’t have to dig very far in our pockets to pay for the additional rice for that year, having the final bill come to $16! I wished that I had brought more money with me on the trip to the village, so that they could have three cups of rice per day. How little effort it would take to raise that for them, so why aren’t we doing it?

Again, they were so happy with so little, and yet we complain with so much…

Did I really need that new rolex watch or new camera filter? The cost of the toys that we American’=s could desire could feed more than one village with more than one additional cup of rice per person. The thought was staggering.

I left the Philippines, almost reluctantly, but I was unable to shake the feeling that they truly did have this happiness thing all figured out. I find myself, even now, years later, fondly looking out the direction of the Philippines and desiring that contentment to somehow infiltrate the world that we live in here, in our land flowing with milk and honey, our calorically correct meals, and no termites.